I think we have all heard the story about the little boy who tells his teacher he did his homework but couldn’t hand it in because the dog ate it.   He gets a harsh disbelieving look from his teacher in return.  His teacher might not have believed him and it may be one of the oldest excuses in the book, but anyone who has ever had a dog knows that dogs will chew on anything. And I mean anything.   I started thinking about what my own 10 month old pup has chewed.

Let’s start with the day Bella, my small poodle mix, decided she was bored and grabbed hold of the toilet paper which was still on the roll in the holder and ran through the house with it.  I came down stairs to find toilet paper zigzagged around the room and wrapped around the furniture like she was leading her own parade.   Of course my kids were right there but no one noticed.

Then there was the time when she decided to just unroll the toilet paper and shred it to pieces right there in the bathroom.  Dropped napkins and paper towels are like gifts from above to her.  The second someone accidentally knocks off any type of paper from the counter she goes into stealth mode and extracts the item from the floor. She then hides it behind a chair or under the couch so she can take her time chewing the catch into tiny pieces undetected. At times I’ve wondered if she was hired by the IMF from Mission Impossible to make sure all of our dropped mail self-destructs.

In addition to her fondness to chewing on paper she has a love for soft plastic.  She has been caught eating the plastic safety bands from milk and water jugs. She chewed on the end of a power cord. Thankfully, it was not plugged in at the time.  Most recently she was caught chewing on a pink rubber eraser.

What about other dogs

It was at this point that I became curious to know what other dogs have nibbled on, so I posted the question on Facebook.  Here are the results:

The most common household items included paper towels, paper and tissues products, but after that it became interesting.

The next most common items were walls and drywall.  One person posted that her dog was bored and lazy so he ate the wall next to his bed.

Although less common clothes were in the mix of items consumed, including a favorite pair of pajamas and a pup that ate the kids bathing suits and socks. Swallowed whole and then pooped them out.  There was a lab that ate a pair of yoga paints—whole. Then after the vet removed them surgically, he offered them back to the owners in a ziploc bag.  Yuck!

While we are on the topic of fabrics; feather pillows, bean bags and couch cushions were mentioned. Here are the remains of one women’s feather pillow.

Dogs like to get into some gross things too.  Some of the worst ones included a frozen rat and a skunk skeleton; a bird skeleton and the worst was a poopy diaper.

Kitchen items included exploded sponges and a pup who was obsessed with shredding the disposable dishcloth. Every. Single. Day.

I was amazed at how many stories there were on various electronics that were chewed.  These included a car’s remote-control fob, many cell phones, TV remotes, and games controller,

One person mentioned how she woke up one morning to find her phone, unscratched, on the floor with the mangled case beside it. Her pit had literally eaten the (lifeproof) case off of the phone without damaging the phone.Scary Stuff

The scariest stories included a dog named Pippin who chewed up a box of staples.  Thank fully she was ok.  A dog named Odin who ate a large 3 inch hook. He had to have surgery to get it out. There was a dachshund that would eat aluminum foil.

For those of you who are thinking it is the owners fault for not dog proofing their homes, there is this story of a female pup who she chewed on a scented candle that was on the bar height counter and her brother who chewed up a spare pair of eye glasses that were sitting on the fireplace mantle, which was even higher up than the bar counter.  If the dogs wants to chew sometimes there is no dog proofing that can stop them.

Do you have a story about what your dog has chewed?  Please let us know. 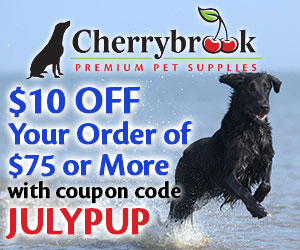